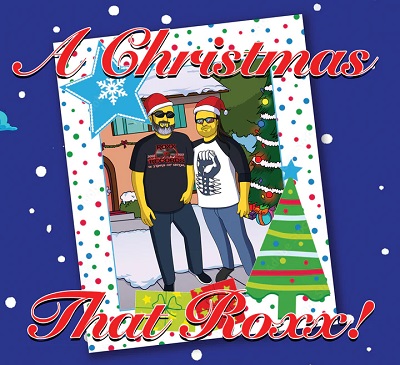 A Christmas That Roxx (pre-order)

“This year we really tried to out do ourselves – our first full official Christmas release from Roxx Records and NoLifeTilMetal Records. And this thing features killer new music – 4 new tracks from Latter Reign and 2 new tracks from The Brave! If that is not enough for you, we also have a brand new track from Puddleglum included. We also have a killer track from legendary East Coast Rockers Mass! In addition to that we included the classic Deliverance track ‘Silent Night’ (remastered) and a brand new soon to be classic track from Bride off of their just released album ‘Christmas’ and that is just the first half of the album! The second half of what is destined to be a classic Christmas album for years to come includes all the original Christmas tunes we released through the years on our annual Black Friday give away discs, including tracks from Three Kings (previously only available on the Candy Cane EP 7″), as well as tracks from Chris Manning, BioGenesis, AfterWinter, Rainforce, Grave Robber and The Sacrificed! This is one killer (no filler) Christian rock and metal Christmas extravaganza! 17 tracks in all filling the entire CD with almost 80 minutes of Christmas music to keep you rocking around the Christmas tree this season!” -Roxx Records