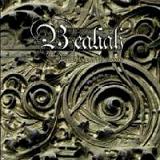 Anthology Of The Undead

“In the mid 90’s, as black metal was building a following, there was a little known scene growing in Asia. One of these pockets was Indonesia, which produced a number of highly acclaimed but little heard black metal bands, mostly released in short runs only on cassette. One of the ground-breaking bands was a band named Bealiah, with connections to current bands like Kekal and Armageddon Holocaust, who managed to release 4 separate cassettes of amazing, harsh, extreme black metal… Now, for the first time, these songs have been collected in an Anthology exclusively by Bombworks Records and have been remastered so they can be appreciated by a wider audience. Fans of Immortal, Emperor, Dark Funeral and pretty much any form of extreme black metal should love this release.” -Bombworks Records

TRACK LISTING:
Worship The Immortal Persons
Sapientium Crusts
Kairos
A Homage To The Father Of The Undead
Embraced By Fire
Weeping At The Crimson Moon
Equatorial Throne
Blood Is For Life
Sword Of The Conqueror
Confronting Ignorance
Become One
Transcending Ambience
Untitled