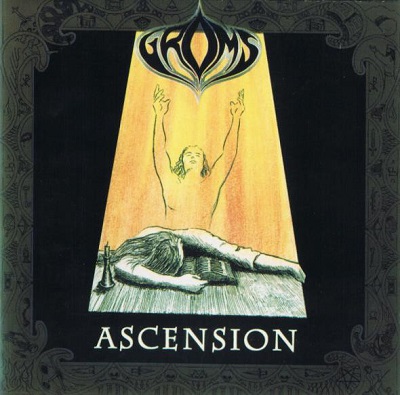 “Nordic Mission is VERY proud to present a re-release and re-master of GROMS’ one and only album Ascension! 25 years ago, 4 young men from Kristiansand, Norway, released their debut album Ascension. The band was called GROMS (acronym for God Rules Over My Soul) and their music was pure and heavy death metal. Quite a surprise to many people, since the development from their previous thrash assault was huge! During this period, the black metal movement was getting exponentially bigger, so a death metal band with Biblical lyrics was very special! GROMS was one of the pioneering bands for Christian extreme metal in Norway and the first band to release an album (1994). This vinyl version is exclusively limited to 330 units. It contains a gatefold cover with all lyrics and a huge 4-page booklet with pictures and liner-notes written by Yngve Moum Jacobsen of Heavymetal.no and both old and new thank-you lists”. -Nordic Mission

TRACK LISTING:
Side A
Ascension
From Dust To Dust
True Wisdom
The Riddle