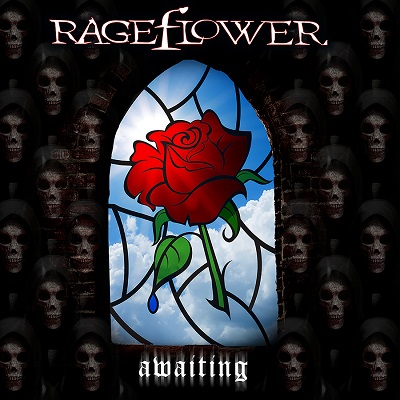 RAGEFLOWER… interesting name for a thrash band, but that’s how it began for this band from Perth, Western Australia. Thrash that was aggressive, yet full of melody, regular tempo changes and mellow interludes. This sound was captured on their debut (cassette-only) 6-song EP “Awaiting” in 1995. The vocal variation on this recording – clean, yelled, growled – matched the diversity of the music perfectly and they were economical with the lyrics, making every word count. We would call this “clever” thrash – something a little outside the box… a sign of things to come.

Soundmass is happy to be re-issuing “Awaiting” in 2021. We’re even happier to be loading it with an additional 7 tracks from Rageflower. Apart from a couple of quality demos showing the band experimenting with and transitioning their sound, we’ve included the second Rageflower EP – a 5-song self-titled recording released in 1997. On this EP the band introduce industrial elements, as well as a 2nd singer – Michelle DeGaris – with her ethereal voice. The heavy guitars are still there, but so are layers of electronics. Their sound was now equal parts metal and industrial and the results are so unique… we don’t even know who to compare them to!

All the audio has been remastered by Rob Colwell (Bombworks Sound) – a band member even found the original DAT for “Awaiting”! If you like the early thrash stylings of Seventh Angel and Detritus, or the inventive and creative sounds of early industrial metal… RAGEFLOWER!