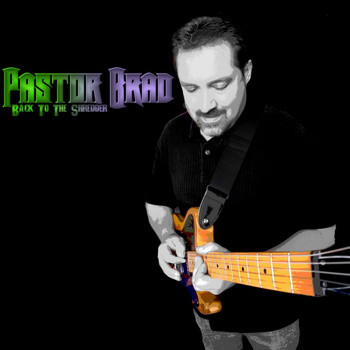 Back To The Shredder

“Roxx Records is proud to announce that we have once again teamed up with guitar shredder virtuoso Pastor Brad to bring you his latest offering! Last year Roxx Records and Pastor Brad brought you ‘Break Out’ which featured a plethora of guest artists from throughout the Christian music scene! But this time we are going ‘Back To The Shredder’ for a full-on instrumental assault! That’s right, Pastor Brad has gone back to his instrumental shredding roots on this one and you are not going to be disappointed! This brand new release also highlights the talents of Mario Barisic, Derek Cosyns, Jim Griffin, John Huldt and Angel Zamora, all making guest appearances on this new release and each is an amazing player in their own right. You won’t want to miss out on this one as Pastor Brad has once again unveiled a masterpiece of guitar shredding with ‘Back To The Shredder’! We will only be pressing 300 of these on CD for you collectors!” -Roxx Records