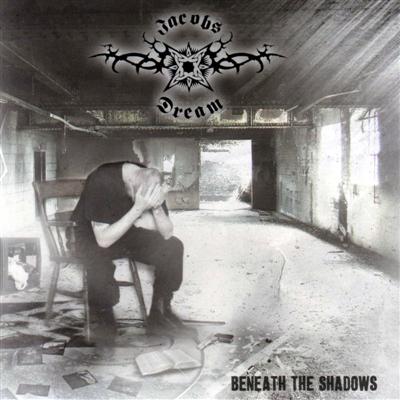 “Jacobs Dream quickly rose to the top of the global progressive metal heap with their astounding 2001 self-titled debut and the 2003 follow up release Theater Of War. Metal scribes around the globe likened the band as a more powerful Queensryche and Maiden-esque in the Powerslave era. After releasing three classic power/prog metal masterpieces on the immortal Metal Blade Records, the band took some time off and now returns several years later with their comeback release on Retroactive Records. Beneath The Shadows is a concept album based on a story written by vocalist Chaz Bond. The theme of the album is an intriguing tale, centering around the choices, experiences and decisions of Camren, the main character, who struggles to find his way in and out of darkness and into the light. Bond is a critically acclaimed vocalist in the prog/power metal genre and often compared to Bruce Dickinson (Iron Maiden), Geoff Tate (Queensryche) and Jimmy Brown (Deliverance). The soaring vocal melodies are hook-filled and charismatic. The guitar work is thick, powerful metal, filled with great riffs and hooks. Look no further for powerful, intelligent lyrics and top notch METAL!” -Retroactive Records

TRACK LISTING:
Welcome To My World
Minds Will Burn
Stain
Illusive Dream
Hand Full Of Dust
The Hell That I Breathe
The Darkest Hour
All My Fears
Reborn In Fire
Beneath The Shadows
The Blessing And The Curse