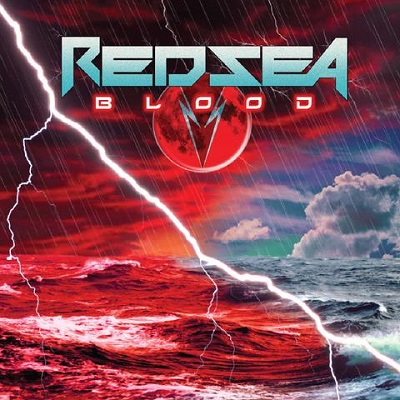 “Roxx Records is bringing you another long-lost Christian metal classic that has been out-of-print for years and years! Red Sea released one album entitled ‘Blood’ before calling it a day back in 1994. The album was critically acclaimed and garnered quite a bit of attention back then but, alas, given the hard rock and metal market at that time the album ended up being a one-off and a follow-up was never recorded. Red Sea featured the amazing vocal talents of Robin Basauri (Die Happy, Joshua), the guitar playing of Chris Sorenson (Fear Not), drums of Jeff Martin (Badlands, Racer X) and rounded out on bass by Greg Chaisson (Badlands, Die Happy). The album boasted very well done heavy, bluesy rock boarding on metal. What you got here was a band that sounded very much like Badlands but featured Christian lyrics and themes. 2019 marks the 25th anniversary of this classic album and we revisit it and improve upon it in every way we possibly can. This 25th anniversary edition features only those 11 classic tracks completely remastered by Rob Colwell of Bombworks Sound. It also boasts brand new upgraded artwork and design that holds true to the original concept – a brand new limited edition CD pressing housed in a jewel case with a beautiful booklet with lyrics, liner notes and previously unreleased archive photos of the band.” -Roxx Records