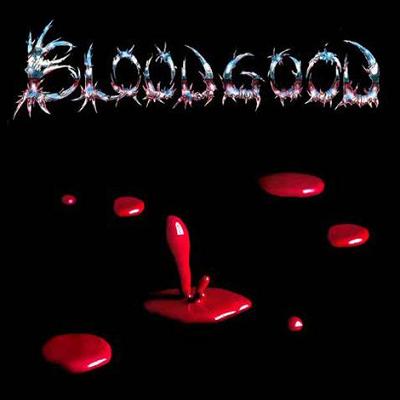 “The metal scene was detonating all over the world in the early and mid 80’s butm aside from Stryper, Christian metal was in the infant stages… and then along came 1986. 1986 was an iconic year for Christian metal. We saw future Hall-of-Fame releases by some bands we already knew – Leviticus (Strongest Power), Saint (Time’s End) and Messiah Prophet (Master Of The Metal). But 1986 also offered several critically acclaimed debut releases from bands that would go on to define the epitome of Christian metal in the decades to follow – Bride (Show No Mercy), Barren Cross (Rock For The King) and last, but not least, the debut self-titled album from the theatrical U.S. band out of the state of Washington with a peculiar name, and a sound that hit all the right notes for metalheads desperate for more white metal – BLOODGOOD! Bloodgood was way ahead of their time and rivaled W.A.S.P. in sheer heaviness and deadly riffs, while boasting a game-changing lead singer in Les Carlson whose voice immediately cemented them in the serious-contender category. The 1986 debut release created a metallic aura that set new standards for both the quality and authenticity of Christian metal. These guys weren’t sacrificing their metal edge even with a passionate Christian message. There’s nothing fake to be had here; with lyrics that range from being lost in a perpetual nighttime of sin, killing the black snake of the devil and setting demons on the run. Some might call “Stand In The Light” the lyrical crown-jewel of the album. The words might seem “un-metal” on paper, but they are absolutely ripped out by Carlsen with such force that they’re guaranteed to bring out the fist-pumps, if not the Dio horns. “Does a child cry? Does the world turn around? Does a fire burn? Is the earth also ground? This we’ve learned, but what have we found? Does a snowflake fall? And in fall does a tree drop its leaves? Does water freeze?” Even the album cover is stunning in its simplicity: a barbed wire logo and thick drops of blood shooting upwards and practically hanging in the air. No Christian album had ever been more visually bold. The first five songs on this album (“Accept The Lamb”, “Stand In The Light” – listen to Michael Bloodgood kill the bass work on SITL – “Demon On The Run”, “Anguish And Pain” and “Awake”) are absolute rockers and we rank them with anything that Accept, W.A.S.P., Twisted Sister or KISS did in the same time period. If it’s possible to make a metal ballad out of losing your soul, then “What’s Following The Grave” is it; detailing a low-tone fret work, gloomy but inspiring vocals and a chorus that is jaw-dropping in its time change. You want legitimate, bring-the-roof-down show-closers? Listen to “Killing The Beast”, “You Lose” and the lightning strike that is “Black Snake”. This remains one metal album that was made for decades of repeated listens. The bottom line for the music fan is simple – this is metal at its finest. Let your ears be the judge. The 2019 Retroactive Records Legends Remastered edition is the definitive re-issue of this classic album, finally getting it right with a 12-page booklet (jewel case) featuring lyrics and rare band photos, digitally remastered by Rob Colwell of Bombworks Sound! This re-issue enhances the pure magic of the original and makes it shine even brighter, making it a necessary re-purchase even if you already own it. Trust us – you’ll be glad you did!” -Retroactive Records

TRACK LISTING:
Accept The Lamb
Stand In The Light
Demon On The Run
Anguish And Pain
Awake
Soldier Of Peace
You Lose
What’s Following The Grave
Killing The Beast
Black Snake