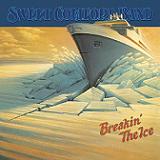 “Sweet Comfort Band took the music industry by storm when their brand of pop and rock didn’t sound like a Christian version of any mainstream band! They were sometimes compared to Ides Of March, Little River Band, Chicago, Blood Sweat And Tears, the Doobie Brothers and Hall And Oats but were much better than any of those groups! This was due in large part to Duncan’s expressive and soulful voice, one of the finest in rock and roll. Originally released in 1978 on the pioneering Light Records label, Breakin’ The Ice was produced by Bob Wilson of the progressive jazz-funk band Seawind. The album was rightly described by Bruce Brown (CCM Magazine) as ‘one of the most legitimate R&B albums ever released.’ Such high praise for early Christian rock was unheard of and this was an artistic triumph that was fully embraced by the Christian community as the band toured internationally for the next decade! This Limited Edition reissue comes packaged in a full color digipak with enhanced original artwork and is properly remastered for a high quality audio experience! Over 30 years later, these songs remain examples of Christian music at its best! Play it loud!” -Retroactive Records

TRACK LISTING:
Got To Believe
Breakin’ The Ice
Young Girl
Melody, Harmony
I Need Your Love Again
Good Feelin’
Searchin’ For Love
The Lord Is Calling
I Love You With My Life