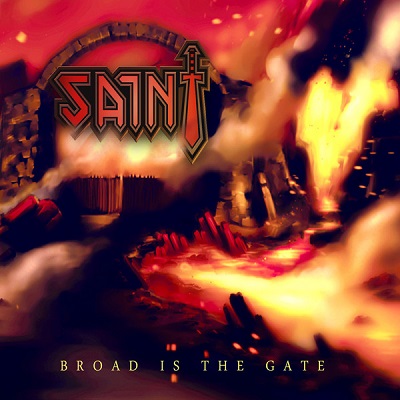 Broad Is The Gate (re-issue)

“Originally released in 2014, we at Retroactive were resistant to any new Saint vocalist. Boy, was that a mistake! Brian Phyll Miller is elite in every way and he continues the high standard of excellence fans have come to expect of Saint. The album also serves as Jerry Johnson’s coming-out party for guitar heroics. We knew he had it in him but ﻿Broad Is The Gate﻿ establishes Jerry as one of the best! It’s all held together by the thundering and thumping bass lines of none other than Richard Lynch – the definition of Christian metal royalty – and we present a must-have CD re-issue – remastered by Rob Colwell of Bombworks Sound, and the expanded booklet serious collectors crave (and jewel case). For fans of Judas Priest, Dokken and Messiah Prophet!” -Retroactive Records

TRACK LISTING:
Broad Is The Gate
Hero
We All Stand
Demon Pill
We Will Fight
Who You Are
Reach The Sky
Never Same
Metal Cross