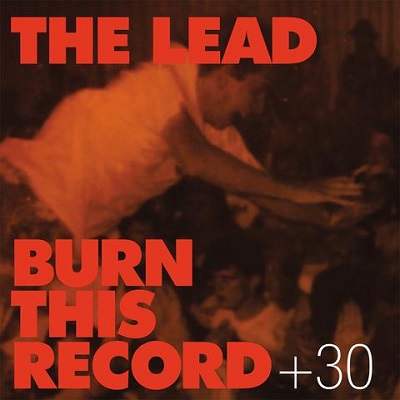 “Can you believe it has been 30 years since the release of one of the most classic Christian punk rock albums ever! Florida punk legends The Lead are celebrating the 30th anniversary of their most iconic album ‘Burn This Record’ with a very special Limited Edition release entitled ‘Burn This Record + 30’. Roxx Records is very excited to have our very last release of the year be a very limited edition 300 piece CD pressing of this classic album from The Lead. The album has been completely remastered by Rob Colwell of Bombworks Sound and has a beautiful new 12-page expanded booklet courtesy of Scott Waters of No Life Til Metal Graphics. But we couldn’t stop just there, this limited edition release also boasts an additional 7 previously unreleased demo tracks that were recorded prior to the release of this album that were later completely re-recorded. You are hearing those tracks here for the very first time ever.” -Roxx Records

TRACK LISTING:
Change The World
Boring World
Suicide Is A Lie
Internal Pain
Hope You Stay Alive
Oh No! Not Again
To The Ends Of The Earth
Losers
Who’s The Victim
I Can’t Find It In My Heart
Skate Or Die
Kill Satan Mosh
The Empty Sepulchre
Defiance
Wink Of An Eye