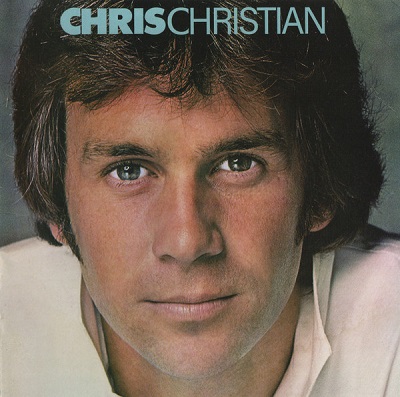 “As the first artist signed to Boardwalk Records owned by Neil Bogart, with Bob Gaudio (Four Seasons) producing, he recorded “I Want You, I Need You” which peaked at No. 37 on the Billboard Hot 100 in November 1981 and reached the No. 8 on Billboard Adult Contemporary Chart. “I Want You, I Need You” was a number one song in some countries outside the US. Cheryl Ladd sings back-up on the song along with many other artists on the album including Christopher Cross, Nigel Olsson, Frankie Valli, Dann Huff, Tommy Funderburk, Bill Champlin, Paul Jackson, Amy Holland and Robbie Patton. Robert Kardashian (the Kardashians’ father) was his best friend, manager and was responsible for Chris signing with Boardwalk Records. A second hit, a medley of the 1968 Marvin Gaye and Tammi Terrell Motown songs “Ain’t Nothing Like the Real Thing” and “You’re All I Need to Get By” sung with Amy Holland, hit No. 21 on the Adult Contemporary chart and No. 88 on the Hot 100 in 1982. Long out-of-print and never before available on CD in the US, this collector’s dream has been digitally remastered by Rob Colwell of Bombworks Sound, features exclusive photos packaged in a deluxe 16-page booklet and 6 bonus tracks! Grab this West Coast pop classic that has all the extras music fans crave! ” -Retroactive Records

TRACK LISTING:
Don’t Give Up On Us
I Want You, I Need You
Love’s Not One To Forget
The Last Goodbye
Ain’t Nothing Like The Real Thing/You’re All I Need To Get By
Make It Last
Houston
I Don’t Believe You
What Can There Be
Whatever It Is
Walnut Hill
Only Wanna Be With You
Day Like Today
Deja Vu