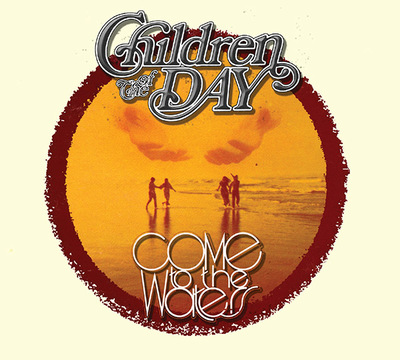 Children Of The Day

Come To The Waters (Collector’s Ed.)

“This is where it all started. Children Of The Day should probably can be viewed as the world’s first contemporary Christian music group, except that it was called Jesus Music back then. It was an album that defined the Jesus movement as well as any other album ever would and it became a national phenomenon. As one historian puts it, “Children Of The Day were first… and Love Song was about ten minutes behind.” The thought that Christian music could sound like popular secular music was a radical innovation that would ultimately launch a revolution in liturgics unparalleled by anything since Reformers introduced congregational singing in the 16th century. But Children Of The Day did not seem to know (or care) that they were innovators. They don’t appear to have studied the works or thought of Ralph Carmichael or others who had tried for years to accomplish what they did in weeks. There was no intention or design. They weren’t assembled by any record company or culled from the ranks of a gospel choir. They were just four kids (almost literally) who had been revived by personal encounters with Jesus and who, like Peter in Acts, could not “keep from speaking of what (they) had seen and heard”. They could not help but speak of it and, since they were musicians, they could not help but sing of it. And since they were teenagers, they could not help but sing and write songs in the musical idioms most readily available to them, the California sounds that they heard emanating from their transistor radios and 8-track tape players. The music seemed to bubble up from the depths of their souls and just spill out, as though they had very little to do with it themselves. Witnessing such a phenomenon inevitably touched the hearts of the curious and the questing, with profound results. Musically, they and their peers (especially Love Song) provided some of the single most authentic moments in American music of the early ’70s. No one else in that post-Woodstock, pre-disco era cared as much about their music or performed it with as much conviction. No one else in the decade that followed the ’60s really believed that their songs might – probably would – change the world. Indeed, no one (in Christian or secular music) seems to have thought so since. They will always be best remembered for one incredible song: “For Those Tears I Died” (first found on The Everlastin’ Living Jesus Music Concert compilation LP and sometimes called “Come To The Waters”). An absolute masterpiece, written by a 16 year old (Marsha Stevens), it expresses adolescent piety better than any other Christian song ever written and yet does so in language that evokes imagery of baptism and liberation that even theologically mature adults (who may or not care for the sentimental qualities) can appreciate: “Jesus said, Come to the Waters / Stand by my side / I know you are thirsty / You won’t be denied / I felt every teardrop / When in darkness you cried / And I strove to remind you / That for those tears I died.” -Mark Allan Powell (The Encyclopedia of Contemporary Christian Music)

This 2017 Born Twice Records re-issue features a 4-panel digipak with all scans taken from an original vinyl record sleeve and features the same remastered audio as released on the 2006 Retroactive Records jewel case version (now out-of-print). A true ensemble, all four members wrote songs and sang and played. They were integrally related to the ministry of Costa Mesa’s Calvary Chapel (ground zero for the Jesus movement). The group even borrowed $900 frpm Pastor Chuck Smith to record their debut masterpiece at Abbey Sound Ltd in LA. It was engineered by Buck Herring (2nd Chapter Of Acts).

TRACK LISTING:
New Life
As A Child
Children Of The Day
The Search
Two Hands
Jesus Lives
All Breathing Life
Jesus
For Those Tears I Died