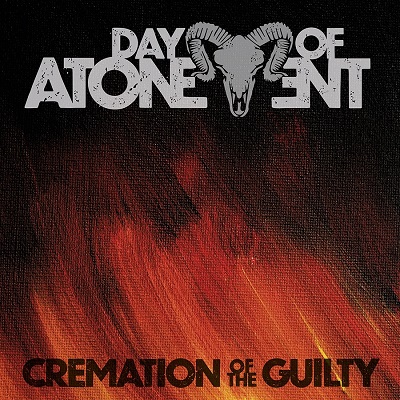 Cremation Of The Guilty (re-issue)

Day Of Atonement was the creation of drummer Phil Gibson (ex-Mortification), guitarist Lincoln Bowen (still in Mortification at the time) and bassist/vocalist Dave. Their objective was to bring together death/grind metal and hardcore in as brutal manner as possible. This mission was successful – their one-and-only album “Cremation Of The Guilty” was delivered up in 1998. Originally released on an obscure British label, this album is so brutal that it could be the soundtrack to the apocalypse!

The sound of this Aussie band is intense, blasting out super heavy, fast, tight, aggressive death metal in the vein of Six Feet Under and Crimson Thorn, with a hint of early Mortification (or more than a hint in the case of the closing track – a cover of Mortification’s “Blood World”). And despite the fierceness of the music, Lincoln is still able to meld in some of his trademark guitar groove. In fact, Day Of Atonement have infused so much musical contrast and variation that “Cremation Of The Guilty” never gets dull. Add to this Dave’s contrasting extreme vocal styles and you end up with some really exciting extreme metal. If this album had been released in the heyday of death metal, it might have been huge!

Soundmass is happy to be re-issuing “Cremation Of The Guilty” in 2021 and if you’re still missing the blastbeats era of Mortification, then Day Of Atonement might just be what you’re looking for. The audio has been remastered by Rob Colwell (Bombworks Sound) to enhance the sound.