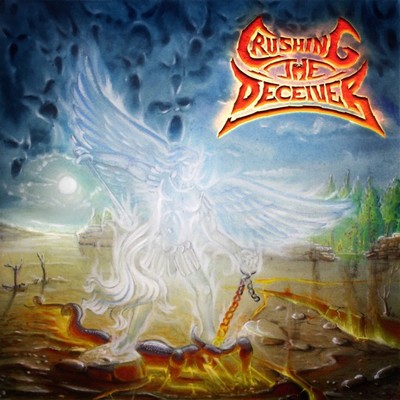 “Roxx Records and Crushing The Deceiver are teaming up on this one. Our next release in the Limited Run Vinyl series will be our most limited yet! In fact if you blink you may miss out on this one! We are excited to bring you the band’s debut album on limited edition 180 gram random color vinyl. This version is being remastered especially for vinyl by Bombworks Sound. This special release will be limited to only 50 copies! You heard that right, we will only have 50 copies of this one! While we are printing 100, half of these copies will be sent to the band to sell at local shows and for their friends and family! So don’t miss out! Crushing The Deceiver garnered rave reviews in 2018 when releasing their debut album. This year has the band playing shows all over California opening for many great artists. The band has been hard at work on album number 2 which will be out in 2020! So while we wait let’s celebrate and commemorate that debut album with this very limited vinyl release!” -Roxx Records

TRACK LISTING:
Side A
An Angels Armor
The Light Inside Me
Guide The Way To You
In God’s Hands