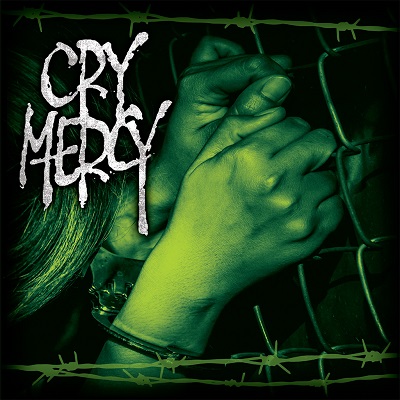 CRY MERCY – straight forward heavy metal with groove influences. This Australian band was signed to Rowe Productions, the label owned by Steve Rowe (Mortification), and their one-and-only album released in 1995.

Cry Mercy’s self-titled debut was 10 heavy tracks full of great riffs and hooks. From mid-paced hard rockers (“What Am I Doing Wrong”), to funky riffs ala Extreme (“D. A. M.”, “Girl’s No Good”), to straight up metal (“Time To Go”), all of their songs were written and executed with skill. The focus on, and variety of, guitar work keeps the whole album interesting and is complimented by a band who perform with power and conviction. Had this been released in the early 90’s, instead of in 1995 when death metal was all the rage, who knows where it might have taken them!

Soundmass is happy to be re-issuing Cry Mercy in 2022, making it readily available again. The audio has been meticulously remastered by Paul D. Clifford (PCP Studios) to bring it new life. Courtesy of Scott Waters (Ultimatum/NoLifeTilMetal), we also have a 12-page booklet with dual cover artwork, a photo/flyer collage, lyrics and comments from band members. If you missed out on this Aussie album in the 90’s, now is your time!

TRACK LISTING:
What Am I Doing Wrong
D.A.M. (Don’t Ask Me)
El Tiempo Gasto (Wasting My Time)
Girl’s No Good
Fine Kind Of Living
Time To Go
Why
Muy Ocupado Riendome (Too Busy Laughing)
The Fat Lady Has Sung
Shut Up And Listen