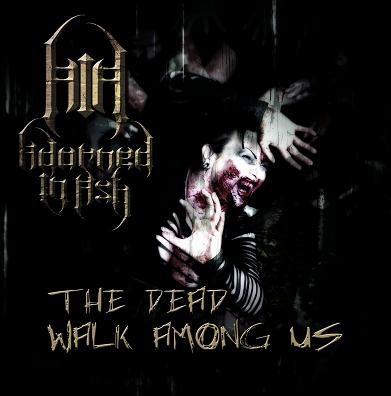 The Dead Walk Among Us

“We’ve aimed to deliver ’The Dead Walk Among Us’ as that well balanced album that any metal fan would love to sink their teeth into. It tests the diversity of our songwriting abilities with neck-breaking thrash style songs like ‘To The Slaughter’ and ‘Descent To Hell’; ranging all the way through to black metal influences in songs like ‘Molested Innocence’ and the aptly titled ‘Black’. There is even something for the doom fans in the form of the title track! Long-time fans can also expect a treat in the form of guest vocals by the band’s original singer Marius Visagie (now fronting his new band Rest For The Wicked) on the track ‘Blood Hunt Labyrinth’. Throw in crowd favourites ‘Evangelion’, ‘Human Torch’ and ‘Broken Glass Reflection’ and you have an epic ten track album to make your ears bleed with pleasure.”