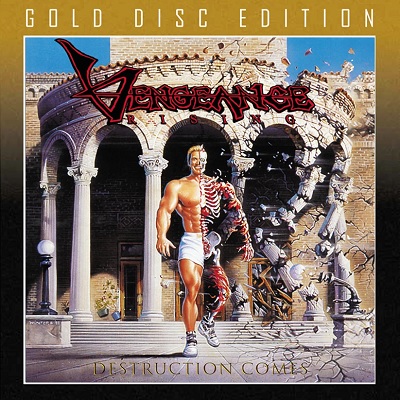 “This special release is limited to only a one-time 300 piece pressing as a part of the Roxx Records Gold Disc series. This is only the second time this album has been re-issued on CD. Outside of the original pressings, there was also a limited pressing in 2015 by Intense Millennium Records that has been out-of-print and hard to find since. This edition was completely remastered by Rob Colwell of Bombworks Sound, with the layout and design by Scott Waters of NoLifeTilMetal Graphics.” -Roxx Records

TRACK LISTING:
You Can’t Stop It
The Rising
Before The Time
The Sword
He Don’t Own Nothing
Countless Corpses
Thanatos
You Will Bow
Hyde Under Pressure
Raegoul