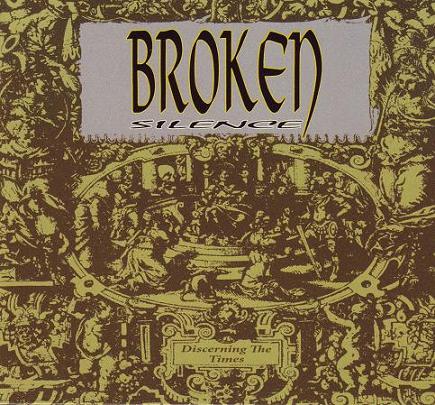 “Broken Silence may be one of the most overlooked bands of their time. Formed in the Hawaiian Islands in 1989, they rose to local fame. It was there they met Daryn Hinton, the former manger of Stryper/Holy Soldier. She worked with the band on their first EP and introduced them to producer David Zaffiro, former Bloodgood guitarist and producer of Holy Soldier. Known not only for their strength of conviction but also as one of the only rock bands to ever come from Hawaii, their notoriety soon reached the shores of the mainland. The band was courted by several record labels but never quite found the right fit. In spite of the changing music industry, this critically acclaimed album was originally released as an EP, later re-released in Japan as a full length album and now is made available to all. The 2011 Retroarchives Edition features all 13 tracks digitally remastered by J Powell at Steinhaus and comes in a 6-panel digipak featuring lyrics and a band bio. With Zaffiro’s hand at the helm, it’s no surprise that Broken Silence’s sound and recording is of the highest calibre! Producer David Zaffiro even recruited Broken Silence vocalist Daniel Ysais to sing on several tracks of Holy Soldier’s second album. It’s so good (and CDs are so rare) that No Life Til Metal webzine writer Scott Waters (Ultimatum) wrote “Broken Silence is one of the greatest melodic metal bands that you have never heard. Every song has a killer hook, jaw dropping guitar solo and phenomenal vocals.” Well said. For fans of Stryper, Holy Soldier, Guardian and Sacred Warrior!” -Retroactive Records

TRACK LISTING:
Streets Of The Empty Soul
Higher
Not Love At All (It’s My Heart)
Naked
Ready To Go
Free
Innocent Kill
Break The Silence
Seasons
Hard Times
Follow The Leader
If I Love
Broken Crowns