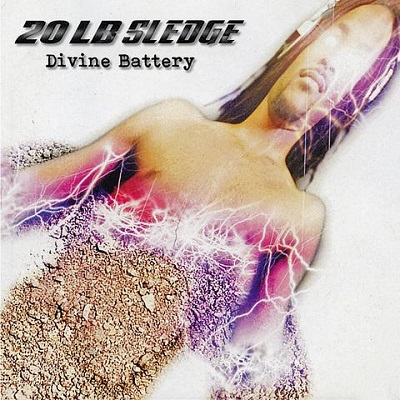 “Roxx Records is stoked to be able to bring you a very limited edition pressing of the debut release from 20 Lb Sledge. If you recently picked up and enjoyed the new album ‘Electric Exodus’ you are in for a treat to hear the debut album from this amazing band. If you’re not familiar, its sound is wave after wave of sonic body blows, grizzly gospel, stone grinding grooves and a well-balanced dose of glycemic melodies. The formula yields a sound that’s sweet, a little bit like the God-given gift of freedom with grit it takes to keep it. The lyrics are barked out with a bite of sharp toothed proclamation while keeping the mood in the light and also adding syrupy melodies to the formula. 20 Lb Sledge relates multi-generationally, from snotty teens to old farts. 20 Lb Sledge doesn’t promote anger, debauchery or misogyny – it’s a dirty sound with a clean message! Originally released back in 2013 and only in a very limited physical quantity which is absolutely impossible to find today. This is a one-time limited edition re-issue pressing of only 300 pieces housed in a jewel case with an 8-page booklet containing all the lyrics. For fans of Sevendust, Mudvayne, Taproot, etc.” -Roxx Records

TRACK LISTING:
Ticket Out Of Hades
Special Delivery
Divine Battery
Color Guard
Crazy And I Like It
Before The Angels Call
Weapons Down Hands Up
Source Of Release
Soldier Electric (A Nephelim’s Last Entry)