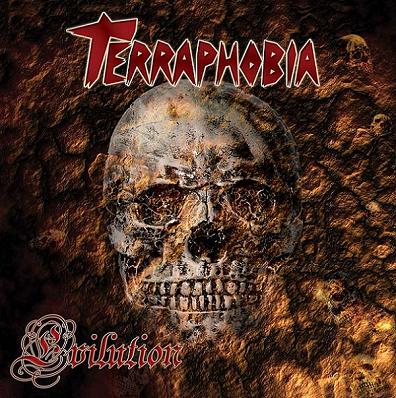 Soundmass was pleased to announce the signing of Terraphobia for the release of their 5th album “Evilution”.

Originally formed in 1985 by Mortification guitarist Michael Jelinic, 10 years has passed since the last Terraphobia album. After joining Mortification in 2002 and recording 3 albums with these metal legends, this project has lain dormant. But 2011 sees the release of “Evilution”, written, performed and produced by Jelinic.

You can expect a feast of melodic thrash/death metal from this mid 2011 release – a unique blend of the modern and old school that is heavy, fast and has plenty of leads thrown in. With a sound that will appeal to fans of Arch Enemy, Bolt Thrower and Scrolls era Mortification, Jelinic’s Terraphobia is swathed in the signature melodic guitar playing that we all know and love from this brilliant musician, coupled with his intense and versatile vocal force.