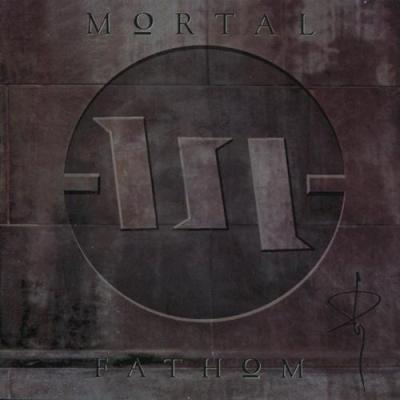 “The band’s debut LUSIS left fans with a giddy state of excitable frivolity. When Mortal’s sophomore album FATHOM released in 1993 eyebrows were raised to the roof and mouths hit the floor open agape with awe. Capturing an avalanche of emotion, sensation and pure aural brilliance, fans were prompted to simultaneously do the ultra-happy dance and wet ourselves. Yes, Fathom IS that special. If you knew what was out at the time during this era for Christian rock then you’d understand how truly ground-breaking Mortal really was. While bands such as Tourniquet, Guardian and Ken Tamplin were tearing up the scene with crunching guitars and powerful vocals, Mortal was blazing new ground with haunting vocals and rhythmic lyrics and an electronic/industrial sound. Their albums had sampling in their songs and that didn’t become mainstream until several years later with rap and rock bands. Fathom defined musical innovation with slashy guitars, distorted screams and heavy grooves that all made for one heck of a ride! With tracks like Rift, Godspeed and Alive And Awake fans were compelled to get on that ride over and over again. The 2017/2018 Fathom re-issue on Retroactive Records features a complete remaster at the hands of J Powell at Steinhaus for the maximum Fathom ear-candy experience. Because of the length of the album it is packaged as a two 12″ vinyl record set with an insert that includes lyrics and an historic write-up by DW Dunphy. The album was produced by Terry Taylor (Daniel Amos) and Gene Eugene (Adam Again) engineered it. Fathom also includes guest appearances from Jeff Bellew and Mark Salomon (The Crucified/Stavesacre) and Andy Pricket (The Prayer Chain). This is the first time ever for this album to be released on vinyl and it is limited to just 300 copies of this 2-LP set. For fans of Ministry, Nine Inch Nails and cutting-edge, melodic, hook-laden alternative music.″ -Retroactive Records

TRACK LISTING:
Side A
Alive And Awake
Neplusultra
Rift

Side B
Jil Sent Me
Ex-Nihilo
Above And Beyond