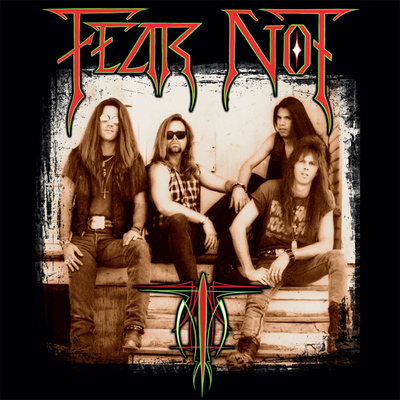 “Roxx Records is very excited to announce our next Limited Edition re-issue of the much sought-after debut release from US rockers FEAR NOT! First time this title has ever been released on vinyl! Fear Not will be issued on vinyl with a special run of only 300 copies. It will feature all 10 of the original tracks as they originally appeared on the CD.” -Roxx Records

TRACK LISTING:
Side A
Give It Up
We Have A God
Mr. Compromise
Till The End Of My Days
Suicide Sunshine