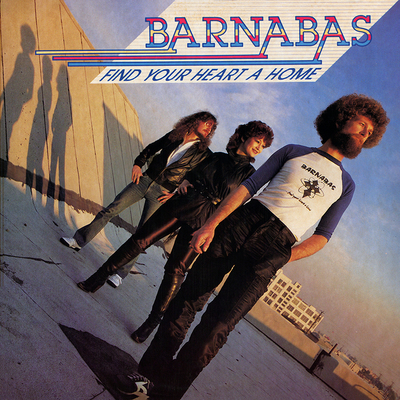 Find Your Heart A Home (re-issue)

“On Find Your Heart A Home the remastered sound gives the album a second wind. The guitars and bass get their due place in the recording. This second album finds Barnabas losing Monte Cooley and gaining two guitarists, Mick Donner and Kris Brauminger, who play quite proficiently. Keyboards become a staple element due to bassist Mann’s love for full arrangements. Find Your Heart A Home has a myriad of rock variation, from the hard rollicking to the blues-infused and even a bit of funkiness. Swordsman and Way Of Destruction are a couple of progressive rockers that still sound stellar even after repeated listening. The album ends off with the memorable Southern Woman, reminiscent of Jefferson Starship at their finest. A solid album; consistent yet diversified. In honor of the 40th Anniversary of Barnabas, all 5 albums will be re-issued by Retroactive Records in 2017! The re-issues feature a complete remaster by Rob Colwell of Bombworks Sound guaranteeing the album has never sounded better. This treasured classic is packaged in a jewel case with a 12-page booklet insert featuring write-ups, band history, band pictures and lyrics that make sure the album has never looked better! A must have for fans of Agape, Resurrection Band, Daniel Band, Motorhead and Jerusalem!” -Retroactive Records