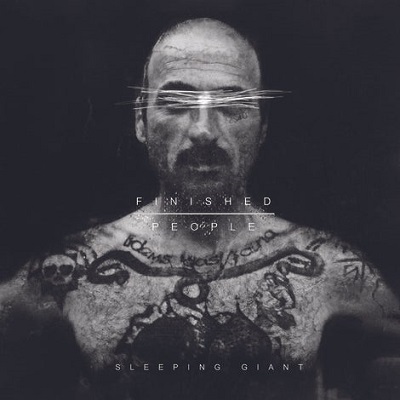 “In their 4th studio album, Finished People, the band has harnessed a specific theme: that those who are downtrodden, who have given up, who are seen as useless and finished, still have limitless potential to be used by God in ways that no human could predict. In the title track, vocalist Tommy Green screams “God sees saints in the cell blocks/We see revival in chains/The world calls us the finished ones/God forgive me for bringing tears to my own/I hope you won’t forget me/or I am finished.” The ferocity with which they deliver their message is hard to ignore. Each song opens in tones of impendence, with calls of duty just pounding down like a hammer to your ears. “There is a sickness and we are the cure/The whole world will pass away but we will endure”, for example, from the track “Blood Meridian.” “I have the DNA of Heaven in me/Strongholds will fall when I pray” from “Victory”. Musically, at Bombworks Records we can’t think of a better genre to relay this kind of God-desperate message than the blood-thirsty hardcore that Sleeping Giant dishes out. The original punk/hardcore spirit comes out in waves. They intend to pummel listeners with real zeal, real messages, crying out against upside down systems and broken standards. They scream and play with bravery and unabashed honesty to a crowd that they really care about. In past albums, we have heard a standard fare of hardcore yells and metalcore breakdowns and a mechanical ear could say the same about Finished People, but suddenly from Kingdom Days In An Evil Age to this, we have a significant increase in quality. Guitar notes are sharper, the drums and low-tones hit harder and the melodies in the clean vocals have improved drastically. The 2022 Bombworks Records CD re-issue comes in a jewel case with an 8-page booklet with lyrics and it’s been fully remastered by Rob Cowell of Bombworks Sound.”-Bombworks Records