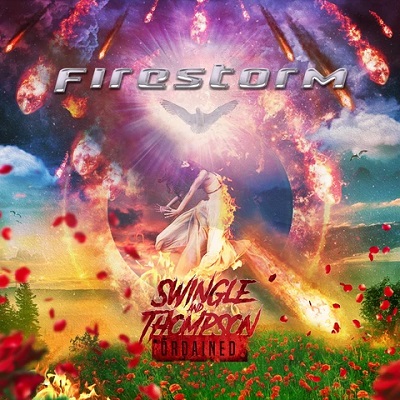 “Roxx Records is excited to announce the sophomore release from Swingle And Thompson Ordained! That is right, Randy Swingle and the one-and-only Dale Thompson bring their second and even heavier release to the masses. The album is called Firestorm and we can tell you it definitely is! This one has a very powerful message as we are in the end times. This album will feature legendary Christian award-winning songwriter and vocalist Dale Thompson of Bride out front on lead vocals, as well as guest appearance from Troy Thompson (Bride) and John Schlitt (Petra).” -Roxx Records