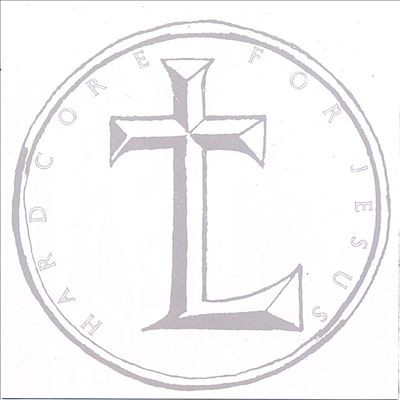 “The Lead effortlessly blends old school speed metal and punk. The style played by The Lead is best captured by a genre description rarely used these days: ‘crossover’ (think D.R.I., The Crucified, Suicidal Tendencies). Hardcore For Jesus is a sonic assault from beginning to end with 2 CDs containing their ’86 self-titled 4 song 7” EP, ’86 Return Fire 19 song cassette, ’86 Automoloch 6 song vinyl 12” EP, ’87 The Past Behind 6 song 12” vinyl EP and ’89 Burn This Record. When The Lead hit the scene and released their debut self-titled, four song 7’ record on their own, it seemed to many a nearly impenetrable cacophony of sound (which is great for fans of punk-n-thrash!) With each release, the band seemed to get heavier and faster. Over two decades later, it’s easy to see that The Lead’s music was incredibly ahead of its time. Touring nationally and opening for such legendary bands as D.R.I. and Suicidal Tendencies only cemented the bands place in the early hardcore/metal scene. The ’85 four song debut EP is full of The Crucified-styled aggressive punk that would make any fan of the Sex Pistols, Black Flag and the Dead Kennedys rejoice. 1986’s Return Fire only intensifies with 19 live songs that are harder, faster and very raw! Automoloch made it clear the group’s love of pure speed remained intact. You even get a cover of Resurrection Band’s “Alienated”, complete with speed metal riffs! With The Past Behind EP, the band began adding the unusual arrangements, varying tempos and dissonant nuances that paved the way to a wholly distinctive sound all their own. These experiments (rooted in the works of both Venom and early Slayer) were fleshed out even further on Burn This Record, which took the band deeper into heavy thrash and metal than they had ever gone before. The Lead was always about old school spirit and this is a metal band that happens to love thrashing it up! This is about tough rhythms, and no frills speed riffing, that recalls the teeth-splittin’ fare of Slayer covering Black Flag!″ -Retroactive Records

TRACK LISTING:
Disc 1
It’s Thru You
Better Off
Get Out Of My Face
Question What Authority?
You Don’t Know
Kill Satan
It’s Thru You
The Law Of Love/Throwaway
Second Chance
Lead You To Repent
Question What Authority?/One Step Ahead
Death Of A Gunfighter
Better Off
Lead Us To Salvation
Take Him Home
Get Out Of My Face
Hide His Name
It’s A Crazed World
No Religion
Emergency
Revolution In The Heart
No One’s An Atheist
XB
Sick Of This
You Don’t Need Him
Calling Out To You
Alienated

Disc 2
Abomination/National Pride
He Won’t Take A Joke
No Religion
Old Warrior
Tunnel Vision
Puritan
Jesus Became Sin
Change The World
Boring World
Suicide Is A LievInternal Pain
Hope You Stay Alive
Oh No, Not Again
To The Ends Of The Earth
Losers
Who’s The Victim
I Can’t Find It In My Heart
Skate Or Die
Kill Satan Mosh
The Empty Sepulchre
Defiance
Wink Of An Eye