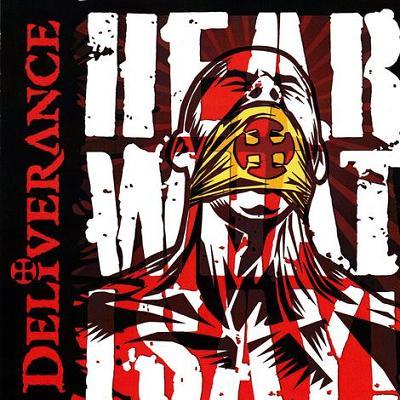 Hear What I Say (re-issue)

“Make no mistake, Hear What I Say is 100% METAL! In fact, the 2013 Deliverance release is a nice hybrid of the styles that have characterized the band’s two decades of existence. Jimmy is accompanied by axeman extraordinaire Michael Phillips, his faithful bassist Manny Morales and none other than Jayson Sherlock of Mortification and Horde fame pounding out the drum rhythms. It is a great line-up and the high expectations that come with being an iconic metal band have been met… and then some! “The Annals Of Subterfuge” and “Angst” will satisfy the fans of their early thrash era being a full-on heavy metal assault, but other tracks that could have easily been recorded on other Deliverance albums. Leave it to Jimmy Brown to stay fresh and experimental without sacrificing the heaviness and all-out metal foundation of the mighty Deliverance sound. You get a Maiden cover “Where Eagles Dare” and a German version of “Detox” and, for the 2019 Retroactive Records re-issue, you get an exclusive bonus track “Spieluhr” which is a Rammstein cover. The re-issue is packaged in a 4-panel jewel case. Deliverance was the first Christian extreme metal band to really enjoy success back in the day and the longevity they’ve enjoyed is a testament to both the quality and integrity of the music and the musicians who have participated in the band over all these years. Fortunately, we haven’t heard the last of Jimmy P. Brown.″ -Retroactive Records