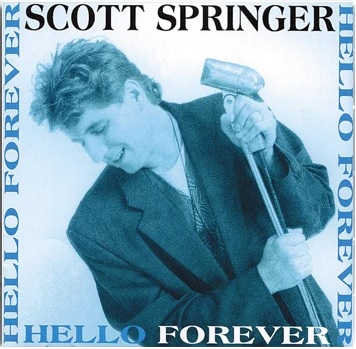 “Originally released in 1993 on Pakaderm, this is the third HALO album that lead singer Scott referred to in many articles. It was turned into a solo project but it is absolutely authentic HALO, somewhat on the milder edge but songs like Psycho Babble will remind you of just how HALO it is. Recently Scott was writting up some history for the HALO project and had this to say: ‘After much prayer and consideration, the 3rd Halo album became a Scott Springer solo project called Hello Forever. Mike chose to continue in the ministry we were called to, by partnering with me in the solo effort, and always being by my side on the road as sound engineer and manager and also serving as my booking agent. Mike also played drums on Hello Forever.’ It has been completely remastered and was also produced by John and Dino Elephante, as was the first two HALO albums.” -Girder Records