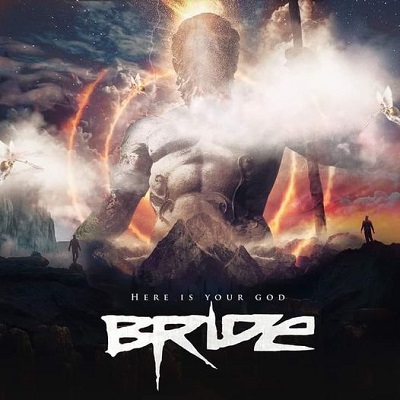 Here Is Your God (VINYL)

“Bride has been releasing music for more than 30 years and they are still going strong! “Here Is Your God” is the band’s 16th studio album. It picks up where “Snake Eyes” left off and takes it to a whole new level. This album has major cojones! Here Is Your God seamlessly blends elements from the first six Bride albums, creating nothing short of an epic hard rock and metal masterpiece. It’s heavy as a freight train and it’s as melodic as Kinetic Faith and Snakes In The Playground. Some bands play around with sound, trying to appeal to modern fans, but Bride went back to their roots with Here Is Your God. This just might be the band’s most accomplished moment and best release – ever. It’s that good. Trust us! Expect a heavier, grittier sound more in line with mid-period Motley Crue (Girls Girls Girls and Dr. Feelgood eras). The Thompson brothers are skilled professionals in both style and execution and this is one more Bride album that shows exactly why this band is the single most prolific Christian hard rock band ever – period. No band does heavy riffs, screaming guitar solos and belting vocals better than Bride. The album captures all the brilliance of classic Bride, while reminding fans this band is definitely getting better with age. While it may be true that Here Is Your God could be the last push for these ground-breaking/genre-defining rockers, there is no denying the age-defying quality and intensity contained within these 12 songs. Dale sounds better than ever – his vocals right high up in the mix – and the venerable guitars of Troy cut through with conviction like it was 1990/1991 all over again. Brazilian Aposan delivers a nice mix of speed and traditional classic hard rock/metal drumming and Nenel’s bass rumble drives Bride’s rhythm as steady and prolific as it comes. The jewel case CD version comes with a 12-page booklet.” -Retroactive Records

TRACK LISTING:
Side A
Demon Speed
Here Is Your God
In My Own Time
The Unhallowed
In The End
I Promise