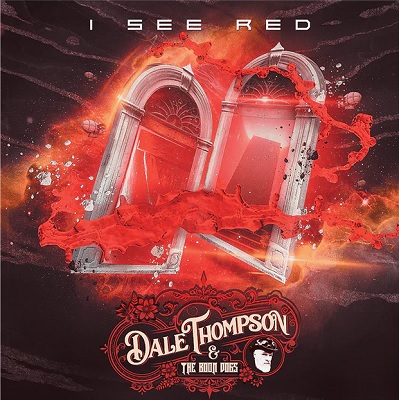 Dale Thompson And The Boon Dogs

“I SEE RED is 12 songs of smokin’ blues headed up by one of Christian rock’s great metal vocalists, Dale Thompson of the band BRIDE and it includes multiple guitarists laying down their best 12-bar blues riffs. There’s even some bluegrass banjo to get your foot stompin’! However, the best part of this entire album is the red-hot blues guitar work that is prominent throughout. Riffs, solos and fiery hot fretboards that’ll make your ears bleed! You love fast-paced, fist-pumping, foot-stompin’ red hot bluesy guitar? Then this is your kind of music. If you thought the first Dale Thompson And The Boon Dogs album was good, you’re going to be blown away by their new smoking blues album I SEE RED. Blues is something that is in Dale’s blood and this album sure does pull out all the stops. 12 songs of pure genius blues from groovin’ opener and title track I SEE RED to the slow smokin’ six-and-a-half-minute final track THE BINDING OF ISSAC, possibly the best track on the album. This album is a full-on jam session with three songs clocking in at over 6 minutes each. If you like slow burning blues guitar in the vein of ZZ Top, Eric Clapton, Johnny Lang, Joann Shaw Taylor, Darrell Mansfield and Glenn Kaiser, this one is going to get a lot of plays and spins. It’s simply a masterful 12-song blues album with red hot guitar solos and pure raspy vocals that only Dale can pull off.” -Girder Records

TRACK LISTING:
I See Red
Father Abraham
Hwy 44
Raising Lazarus
Judgement Day
A Sword For Gideon
In The Thick Of It
One Lost Coin
Send Me
The Bugaboo
You Are The Man
The Binding O Isaac