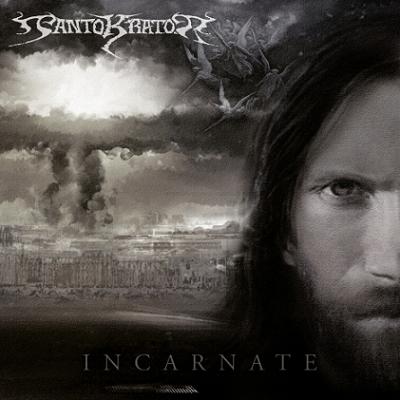 “After a long journey – 7 years – of writing, composing, editing and recording, PANTOKRATOR’s new album “Incarnate” is finally done! It is an album that in itself is something all new, yet at the same time has the intensity of their heavy-hitter Aurum (2007, Whirlwind Records) and the heritage of Blod (2003, Rivel Records). Musically, this Swedish band is now heavier but more melodic, brutal but catchy, dark but progressive. With skill and talent, “Incarnate” mixes thrashy riffs with a mantle of death metal and a heart of doom. It is moody extreme metal cloaked in death metal – their best and most diverse album. Add to that top-notch production and a final mix by Jani Stefanovic and you get PANTOKRATOR at the top of their game audibly, lyrically and visibly.

PANTOKRATOR: Incarnate has the heaviness of the earth, the speed of the wind, the depth of the waters and destroys like fire!”

NOTE: no orders from USA and Canada for this CD as we don’t have the rights (but we do for the VINYL version, so order that instead!)