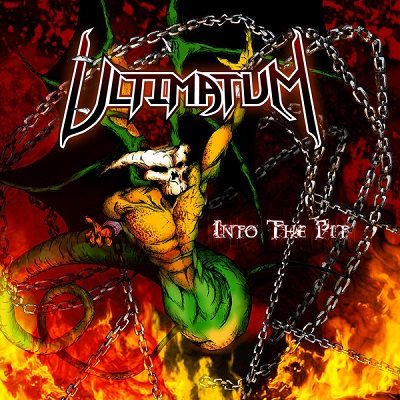 Into The Pit (re-issue)

“Simply put, the masters of thrash metal nailed it in 2007. Into The Pit qualifies as a juggernaut of North American metal. With Into The Pit, the band unleashed one of thrash metal’s most brilliant moments, following in the footsteps of fellow peers Exodus, Vengeance Rising, early Megadeth, Overkill and Kreator. With its thundering bass, fast drumming and a wealth of Mastodonian rifferry, the boys have clearly learned from their elders and learned well. Guitarist Robert Gutierrez fills every track with fiery, blowtorch riffs and scorching solos. Vocalist Scott Waters far exceeds his commendable efforts on previous albums, sounding every bit as brilliant as thrash legend Roger Martinez (Vengeance Rising), while never forsaking his classic Ultimatum vocal style. It’s rare to find a band able to progress and mature in their craft so much without changing their sound. If you like your metal fast, heavy, neck snapping, bone crunching and old school then Into The Pit is your “stranded on a deserted island” disc. Careful, though – this stuff is dangerously heavy! We warned you! Really, we did. This is where the heart of metal begins and ends!″ -Retroactive Records

TRACK LISTING:
One For All
Exonerate
Deathwish
Blood Covenant
Heart Of Metal
Wrathchild
Transgressor
Blink
Blind Faith
Into The Pit
Game Over