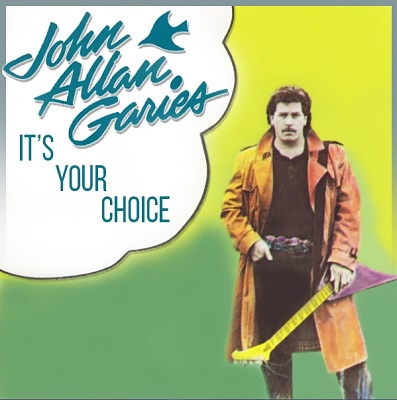 NEW CD received from supplier with damaged spine, so selling as USED.

“It’s Your Choice (1987) was a private label release and the only release to come out on that label. It was also the first effort by JAG to form a sound all his own and put it on a recording. It was freeing and indeed captivating. Free Indeed is funky but there are also plenty of rockers on here. It’s almost got a 70’s feel at times and also includes a ballad Selah. But if you wanna rock, you don’t have to wait very long – only about 20 seconds into the first song Road To Babylon and those guitars start flying at you. Song 3, When The Dawn Breaks Through, contains one of the highlights, with some serious guitar shredding. Yep, there are some keys and some soft spots but the guitars are thrilling on more than one song. This only leaves you wanting more after one pass through. It’s one of those album that you’ll find yourself reaching for at just the right moment. It’s raw and unapologetic both lyrically and musically.” -Girder Records

TRACK LISTING:
Road To Babylon
This Could Be The Day
When The Dawn Breaks Thru
Free Indeed
I’m So Happy
He’s Touching Somebody
I Hope You Know Him
Psalm Of The Heart
It’s Your Choice
Selah