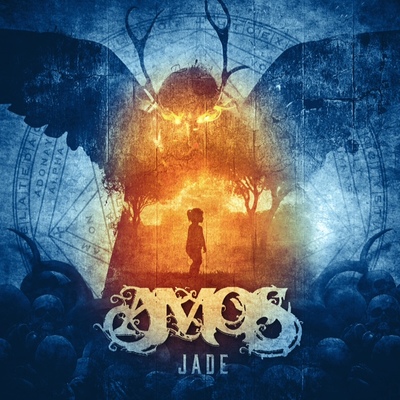 “Christian goth fans have been waiting for the return and long lost album from this band! Roxx Records is happy to announce the signing of one of the pioneers of the Brazilian underground Christian music scene. Amos was formed in Campo Grande, Mato Grosso do Sul, Brazil in the year 1994. In the early years of their career the band featured heavy doom influences. It would not be until 1998 they would release their first demo tape titled Confort In Trouble. After the release of the demo and a few line-up changes, Amos would start to finally compose some new material. By 1999 the band would release their second effort entitled “Gothic Soul” which was of far better quality then that original demo. By this time the band had dropped the heavy doom sound and were now more heavily influenced by straight up heavy metal, still with a tinge of a gothic sound, all the while still trying to maintain some of that original doom influence. This new CD was heavily praised in Brazil and was soon released in the US and Europe with a great reception all over the world. Unfortunately it would not be quite enough to get the band more exposure or allow them to tour and expand all over the world. It would not be until 2005 the band would remaster and re-issue the now out-of-print album Gothic Soul and include 3 previously unreleased bonus tracks. But that was just meant to be something to hold the fans over because 2005 would also catch the attention of US label Bombworks Records who would sign the band and release the band’s brand new and second full-length release entitled A Matter Of Time. Next up in 2006 would come another independently released EP entitled Lost Essence which had the band wanting to do something very different from A Matter of Time with a very heavy-prog-gothic metal sound. Up next 2009 would see the band release their first DVD entitled 9408, which was followed by another first for the band with the release of an acoustic EP that would be aptly titled Amos Acoustic. Unfortunately 2009 would be the year Amos ended their activity as a band. The band had started recording their follow up full-length album that was never completed or released as the band would go on a permanent hiatus until now. Fast forward to 2016 and Amos will rise again, signing on with Roxx Records to release the band’s brand new album entitled Jade. This new album is a very mature album for Amos, very modern and gothicly heavy. With brand new beautiful cover art this complete package will please Amos fans the world over.” -Roxx Records