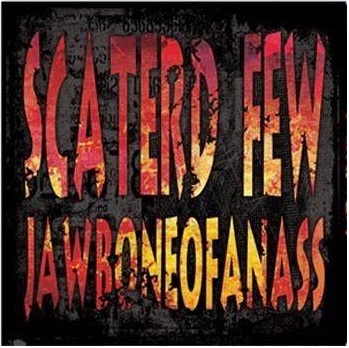 “JawBoneOfAnAss’s musical influences are more cohesively blended this time around, delivering an aggressive post-alternative, post-grunge sound that is as safe to the religious establishment as a well-placed knee to the groin. It had been four long years since the epic Sin Disease revolutionised the sanitised religious subculture we like to call CCM (Contemporary Christian Music). The band’s fortitude was tested when they recorded the album for mainstream label Vox Vinyl (1991), then again for Michael Knott’s Blonde Vinyl Records (1992) and then a third time (1994) as an independent release. The end result was what music critic Mark Allan Powell called a “Shotgun wedding between complex musicianship and scathing punk rock!” It was another artistic triumph for the band. You can still hear influences such as The Clash and Bad Brains but this time the lyrics are more accessible and the music more mature. This is exactly the album that fans were begging for, fans tired of the stagnant, traditional religious scene who needed something real, something authentic, something for the ones whose experience didn’t allow them to fit neatly into a religious box and who were tired of being told something was wrong with them. ﻿JawBoneOfAnAss﻿ was the lifeboat that kept our heads above the water and gave us hope – even a confidence – that God’s love still reigned down upon us. The importance of this album cannot be overstated. It towers above standard classics both musically and lyrically. It released at the perfect time and the Retroactive Records 2023 black vinyl re-issue comes with a 12″ insert and has remastered for vinyl by Rob Cowell of Bombworks Sound. Limited to just 200 units worldwide.” -Retroactive Records