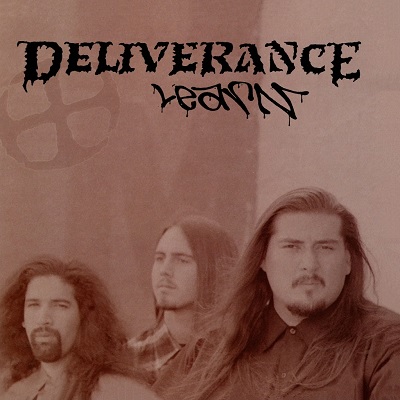 “The fifth release by the L.A.-based metal band Deliverance, coming out in 1993. Learn is slower to mid-paced, filled with brooding, heavy riffs, distinctive bass lines and vocals that at times recall Geoff Tate of Queensryche, Eric Clayton of Saviour Machine and, at other times, Dream Theater. And, while you can hear musical influences on the album, Deliverance was synthesizing them to create their own expressive landscape. Learn is a full-on metallic muscle flex of heavy metal. The music is thick, intentional, confident and crunchy. While early albums sped through from beginning to end, Learn is determined to make the journey as enjoyable and delicious as possible – so no need to rush! This is the definition of epic, progressive heavy metal and it continues to be a high point in the Deliverance catalog and an album treasured by fans.” -Retroactive Records

Side B
The Rain
Reflection
In The Will
Desperate Cries
Sanctuary