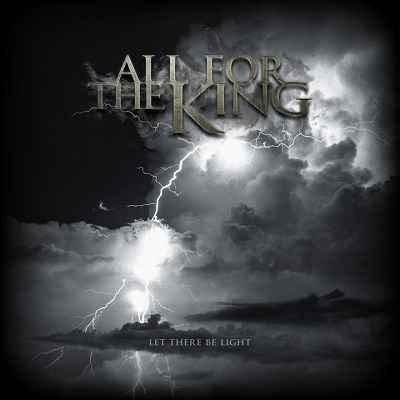 All For The King

Let There Be Light

“ALL FOR THE KING was started in 2016 by Ricard Hulteke and Erik Tilling after a mutual longing to share their faith. The band has a yearning to preach the gospel to a lost society that at times appears to run without a compass. Telling people that there is a God who cares for them in the midst of it all and wants to guide them and carry them through life’s journeys and storms. Today the band consists of Andreas Idaglöv (bass), Anders Köllerfors (drums), Ricard Hulteke (vocals) and Erik Tilling (guitar). They play a version of modern heavy progressive hard rock and metal with their roots strongly in the ’70s. Critics around the world have compared Ricard’s vocals to the legendary Glenn Hughes and Erik Tilling’s guitar playing to riff master Tony Iommi of Black Sabbath. In 2017, the band would release their debut album that was praised by both reviewers and listeners alike. Now in 2022, Roxx Records is set to bring you the band’s sophomore release on CD as we work with ALL FOR THE KING to bring you “Let There Be Light”. According to the critics this follow-up album is a real push forward and has given the band top reviews worldwide. The song “The Shelter” has already been placed on Spotify’s chart for Top Christian Rock and has allowed the band to gain many new listeners. Roxx Records is excited to bring you this brand new album from ALL FOR THE KING complete with 2 bonus tracks (and even a third hidden bonus track!) The band recorded a brand new single that was released separately from the new album and which featured a guest appearance from Ulf Christiansson of Jerusalem. This amazing track is included here as one of the bonus tracks. In addition, this package features a beautiful layout and design by Scott Waters of NLTM Graphics. This limited edition CD will be released in a quantity of only 400 pieces..” -Roxx Records

TRACK LISTING:
The Six-Winged Seraphim
Let There Be Light
I Am He
The Way, Truth And Life
The Shelter
St. Patrick´s Prayer
Metal Gods
Let God Be God
Moneychangers
Blazing Fire
The Return Of The King

Bonus Tracks
Song Of The Lamb
The Seventh Seal