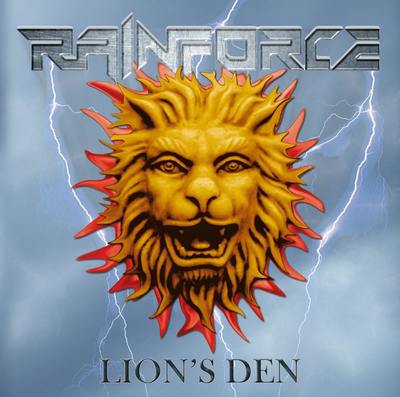 “RAINFORCE is a brand new hard rock project founded by guitarist and songwriter Andy La Morte (formerly involved in bands like Pylon, Disobedience and Thankful Heart), in conspiracy with his brother Matt Brand, the mastermind of Swiss doomsters Pylon. They are joined by South Germany’s finest drummer Benjamin Mann (Power Of God). Although he is an absolute prog metal freak, he crossed the river Rhine to get this Swiss engine running. The lead vocals are handled by Maltese singer Jordan Cutajar (Nomad Son, ex-Pylon) whose voice is as unique as it is variable, which makes him the perfect singer for RAINFORCE. These four guys are joined by some friends and companions. The debut album is set to feature quite the entourage of musical guests, including Whitecross guitarist Rex Carroll, Barren Cross bassist Jim La Verde, X-Sinner and GX Project singer Rex Scott and Canadian singer Kevin Wright, formerly of Jacob’s Dream. Be ready to expect some true hard’n’heavy tracks, both musically and lyrically!” -Roxx Records

TRACK LISTING:
Lion’s Den
My Rock
Feed Me (I’m Hungry)
I Am Yours
Speechless
New Jerusalem
Desert Sand
The Gods Have Failed
He Came To Set The Captives Free
Shine A Light