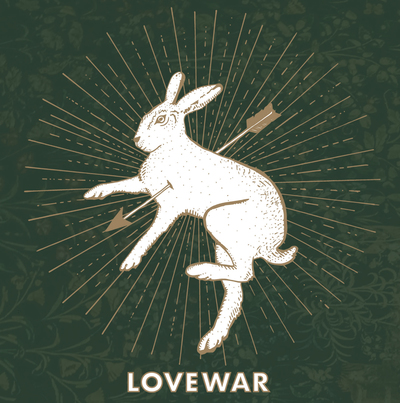 “Lovewar burst onto the Christian music scene in 1990 when they released a demo that caught the eyes and ears of famed producers John and Dino Elefante. That would lead the band to their first record deal on Pakaderm Records and the release of the now legendary album ‘Soak Your Brain’. ‘Soak Your Brain’ would be widely received as one of the best Christian rock albums of all time. The album was even named one of the top Christian rock albums of all time by Heaven’s Metal Magazine who placed it number 47 out of 100. But, alas, like many of the bands from that era that should have been huge, the music industry changed, spitting out a lot of those very talented bands much like Lovewar. Lovewar would never go on to record a sophomore effort and the album and the band went off into obscurity never to be heard from again… until now! The end of 2018 saw the band reform and launch a very successful Kickstarter campaign to release their second album 25 years later! The band got right back at it with all 3 original members and they picked up literally right where they left off. There were 11 songs written back then that never saw the light of day that the band dusted off, polished up and recorded for this special project. Roxx Records is very excited to be bringing you the brand new sophomore self-titled album from Lovewar! These tracks sound amazing and show growth and progression. Now the world will have a chance to hear what just might have been all those years ago. The album will be released as a very special limited edition CD pressing. You will want to get your hands on this one – it will prove to be one of the best Christian rock releases of 2019.” -Roxx Records

TRACK LISTING:
Who I Am
Stand Under It
Upside Your Face
Candle
Grain Of Salt
Tuxedo Alligator
One-Trick Pony
House Of Cards
Mercy
Up For A Fight
You