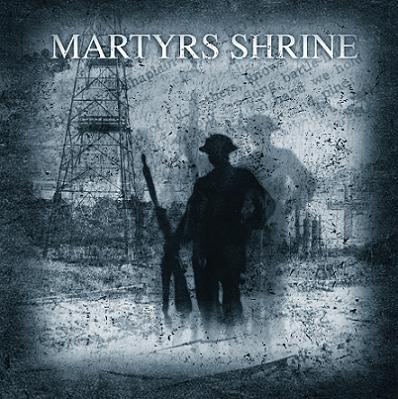 Soundmass is pleased to release the debut album for Australian band Martyrs Shrine. Although this name might be new to the scene, it is the creation of Michael Carlisle and Mike Forsberg, both former members of the legendary Mortification.

Martyrs Shrine’s self-titled debut, a 50 minute culmination of years of songwriting plus their love for extreme metal in its truest form, features a unique blend of death/thrash metal. If you liked Mick and Mike’s previous work with Mortification, you will love this album. The lads have gone back to their roots and recorded an old-school death metal album with modern production – just real instruments with real playing and great mixing.

TRACK LISTING:
The Final Devastation Of The Terrorthrone
For A Burning Eternity
Butchered Planet
Amongst The Putrid
Valley Of Darkness
Martyr Shrine
Superstition
Apparition