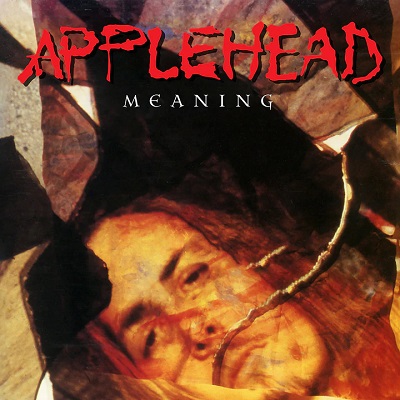 “Roxx Records is very excited to be able to celebrate the 30th Anniversary of the classic Christian metal release Applehead featuring guitarist Greg Minier from The Crucified. This album was released in 1992 and took the guitarist into a different direction musically and contained some of the most deep lyrical content the artist had ever delved into as a solo artist. The album received much praise and critical acclaim as one of the most grungy and sludgy Christian rock albums ever released. Even though the album was very well received, there would never be a follow-up and this classic piece of Christian rock would be forever cemented into Christian rock history as a stand alone release from a legendary guitarist. Roxx is excited to give this one a new breath of life as we celebrate the 30th Anniversary of this iconic release. This album has been long out-of-print and was originally only issued on CD and cassette. Applehead “Meaning” is being prepared to be released on vinyl for the very first time ever. It has been completely remastered for vinyl by Rob Colwell of Bombworks Sound and a fresh new look to the original art with all-new liner notes and lyrics courtesy of Scott Waters of NoLifeTilMetal Graphics. Greg Minier also tells us the story of “Meaning” in an exclusive new write-up in the liner notes just for this release.” -Roxx Records

Limited edition of only 150 copies!

TRACK LISTING:
Side A
Revolutionary
Six Feet Under
Thoughts
Eyes Of A Foolish Man
SOT
Intermittent You

Side B
Radical Departure
Monkey On My Back
Crutch
Meaning
Revelation