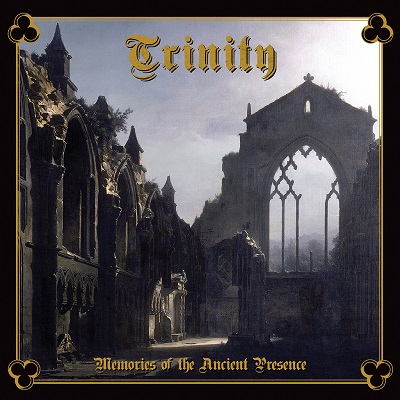 Memories Of The Ancient Presence

TRINITY is a doom metal project from the Czech Republic that musically follows pioneers of the genre like Candlemass and Solitude Aeturnus, with a touch of gothic influence ala Saviour Machine.

Band founder Bard, though having dabbled in various genres, kept returning to doom, finding that composing and playing doom metal was closest to his heart. However, realising a recording for Trinity became a labour of love that stemmed over a decade. In 2007 he began to collaborate with Judith and Mary, whom he had worked with before on other musical projects, and Trinity was born. The following years were spent demoing songs, but the process then stalled for several years due to their involvement in other bands. This didn’t slow down until 2016, when they took the chance to resume work on Trinity. 2016 – 2020 was spent improving the arrangements and lyrics, experimenting with sounds and re-recording until they were satisfied with the results. It wasn’t until the end of 2020 that work began on the final mix.

And, finally, in 2022, Soundmass has the pleasure of presenting you with the finished opus – “Memories of the Ancient Presence”. As every doom aficionado knows, only 7 songs are more than enough to create a full-length album, clocking in at 45 minutes. The lyrics cover the questions of life and death that we encounter on a daily basis. However, the message of Trinity is not despair, but hope in situations that seem hopeless – this is “doom and rebirth metal”.