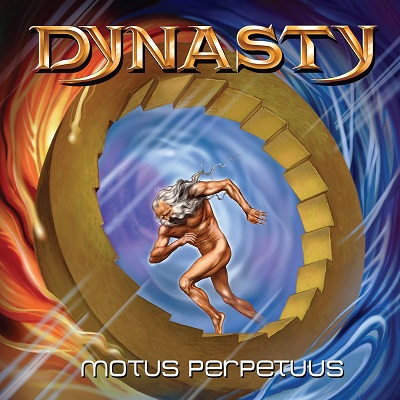 “Motus Perpetuus is the first full-length album from Brazilian power metal band Dynasty, which was originally released in 2004. The 2022 re-issue on Girder Records contains 3 bonus tracks from the Following The Sign EP and it is the first time any of their albums has been released outside of Brazil. It’s also been completely remastered. For fans of Angra, Kamelot and Hammerfall.” -Girder Records

TRACK LISTING:
Not In Vain
Eternity
Against All Evil
The Word That Remains
Mitzvoth
Following The Sign
Another Chance
Salvation (Overcome)
Just For Loving You
The Time Is Over
Goldenland