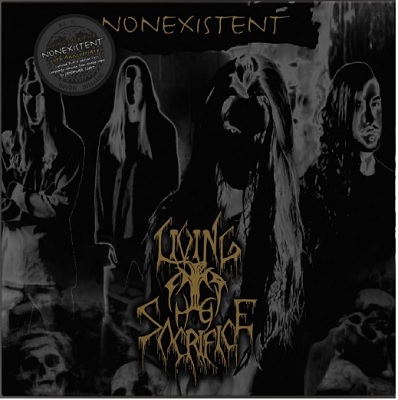 “American LIVING SACRIFICE made a drastic change in style after their first full-length album, toning down the thrash in favor of the death metal sound from the Sunshine State before recording their sophomore album in 1992. “Nonexistent” is yet another example of how the very best death metal is created when it builds on thrashy roots and 90’s sound! The CD version includes a bonus track and not only is it remastered, but it’s totally remixed from the original 2-inch master tapes by Jeremiah Scott and the band.” -Nordic Mission

For fans of Possessed, early Death and Mortification.