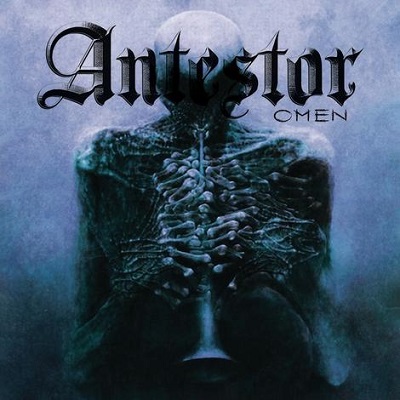 “Bombworks Records is starting with our best-selling extreme metal release ever – ANTESTOR: OMEN (buy the CD if you don’t have it!) While listening to Omen, close your eyes and imagine sitting in the midst of an enormous abandoned European cathedral. Lights are dimmed and occasionally you notice a slight wiff of the priestly incense of years gone by. The atmosphere is chilling, even mystifying. Your physical senses are pulsating with chaotic anticipation. You are mesmerized. Hailing from Norway, Christian black metal’s most prolific and infamous band returns with the 2012 release of Omen, a beautifully anti-blasphemous epic masterpiece! Formed in 1990 under the name Crush Evil, Antestor means “testify” or “call to witness” in Latin. During the 1990s they received serious death threats from black metal titans Euronymous, Varg Vikernes and Faust. Persecution only intensified their efforts and the band is credited for starting the northern European Christian extreme metal scene. In fact, in an almost ironic twist of fate, Jan Axel Blomberg (better known as Hellhammer, the drummer for Mayhem) was Antestor’s session drummer on two releases. The band’s brand of black/doom metal carried such a reputation that Antestor is the only Christian band to have an album released by Cacophonous Records, home to bands such as Dimmu Borgir, Sigh and Cradle Of Filth. The masters of skull-crushing metal riffs have blown our minds with each successive release for 22 years. After seven years in the making, prepare for the most insane, the most creative and the most devastatingly gorgeous extreme metal album of the band’s illustrious career. For fans of Dimmu Borgir, Behemoth, A Hill To Die Upon and Septic Flesh! The 2019 Limited Run Vinyl is the first time this iconic release has ever been available on vinyl. Limited to just 100 copies world-wide on random color 180 gram vinyl, this is a release that emphasizes quality from the music to the packaging.” -Bombworks Records

TRACK LISTING:
Side A
Treacherous Domain
Unchained
In Solitude
Remnants

Side B
All Towers Must Fall
Torn Apart
Benighted
Mørkets Grøde