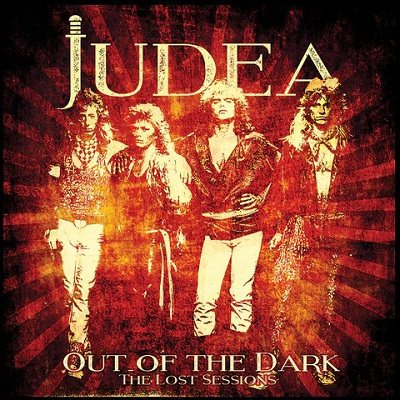 Out Of The Dark: The Lost Sessions (pre-order)

“In our quest to bring you those long lost Christian metal gems we encourage you to sit back and put on your headphones and whisk yourself back to 1988 for this next one. Roxx Records is very excited to be bringing you the long lost sessions from Judea. The year was 1988 and Pakaderm Records was one of the hottest labels in Christian rock and metal at the time and this amazing new band would be invited to record and showcase their talents. Hot on the heels of the very first California Metal compilation that featured a who’s-who of Christian metal at the time, the label was ready to release the second installment California Metal 2. Much like its predecessor, California Metal 2 would feature a host of who’s-who of the Christian rock world at the time. Bands like Mastedon and Recon were on the Christian music charts and featured on this now classic compilation. But also featured on here with two songs was a pretty unknown band at the time named Judea. California Metal 2 featured two of four tracks recorded at Pakaderm, including ‘Knock’ and ‘Heart Of Stone’. Most people would easily recognize the artists and songs on this compilation, but it was Judea that people would go back and give that second listen and say ‘Wow, who are these guys?’ and the anticipation for more Judea music would begin! Alas, that would never come to be as the band would record one more song for Pakaderm and ultimately somewhat fade away into obscurity… until now! Roxx Records has worked with the band Judea and we have now fully resurrected all of the bands musical repertoire. We are very excited to be bringing you Judea ‘Out Of The Dark – The Lost Sessions’. This release starts off with four amazing tracks that were recorded during the original Pakaderm sessions. Included in this four track session you’ll hear the two songs that made it on to California Metal 2 and two more songs that have never been released. The next song would be one more from a later Pakaderm session the following year, again never released. Then we take you on a musical journey into some older demos and even some newer stuff from these classic hard rockers. And we end with the original two final cuts from that amazing Pakaderm compilation California Metal 2. Featuring an amazing new album cover design courtesy of Scott Waters of NoLifeTilMetal and another stellar remaster from Rob Colwell at Bombworks Sound. This one will truly be a collectors item. So get ready as we prepare to give you a history lesson, and embark on another amazing journey into the archives of Christian metal.” -Roxx Records

Final Pakaderm Session (1987)
Over And Done