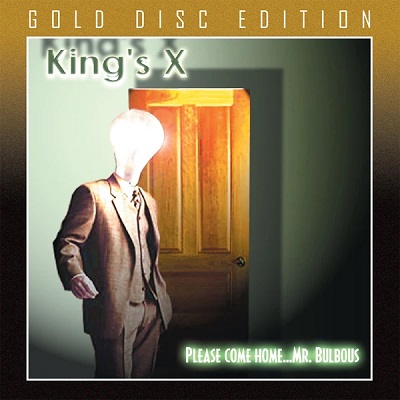 “Please Come Home… Mr. Bulbous album title was selected because the band was convinced Gretchen Goes To Nebraska was a terrible album name that worked out pretty well, so the band went with it and decided the title means nothing or it meant everything. Once again the band was writing the album together in the studio and the guys hit some real high moments. At Brutal Planet Records we remember being less than enamoured with this album when it released. But 20+ years later we dare say the album has aged better than any album we have ever heard. Songs like “Fish Bowl Man”, “Julia”, “She’s Gone Away” and the unforgettable “Charlie Sheen” (not actually about the actor) are some of the most exquisite tracks ever to grace a King’s X album. The album is nothing less than pure rock and roll brilliance from a band no longer trying to be a commercial success, but simply creating music that reflects their hearts and souls. How much more can a band offer its fans? Stretching themselves on this album more than any other they went outside the box and they created a masterpiece together from scratch. Now the album get’s the deluxe Gold Disc treatment with an expanded booklet with lyrics and additional band pics.” -Retroactive Records