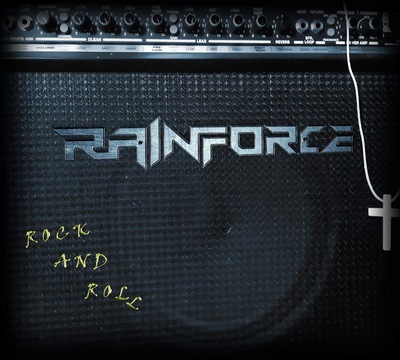 “Roxx Records is very excited to announce the release of the new EP ‘Rock And Roll’ from RAINFORCE. This is the band’s sophomore effort featuring 4 brand new hard rockin’ tunes being released in a limited edition CD format. After the debut album ‘Lion’s Den’ released in 2017, this is the second strike for hard rockers RAINFORCE. This time the band has plans to start getting out on the live circuit and to really hone in on their live show experience playing around Europe and playing their very first live gig ever at this year’s Elements of Rock festival.” -Roxx Records