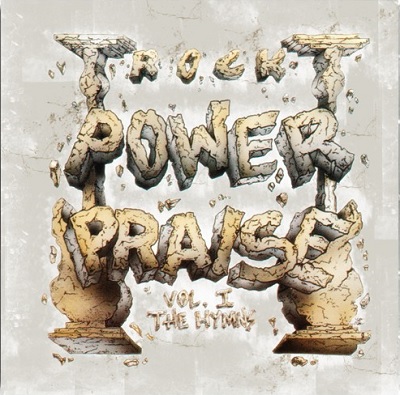 “We couldn’t think of a better time in history to remaster and re-issue an album of praise in rock format. Rock Power Praise Vol. 1 was originally released in 1990 on Pakaderm Records. It was the first installment of a 3 album series, the others being Vol. II Christmas Hymns and Vol. III Traditional Gospel Hymns. This album is a light in the darkness. It’s a stunning display of God’s goodness and grace. It’s powerful, it’s full of praise and it absolutely rocks. When you listen to this album, you will be moved. Usually the tracks on the album are an afterthought, something labeled 1 – 10 after the album description, something on the back of the CD. Rock Power Praise Vol. 1 is an extreme exception. Not only does it contain some of the greatest hymns of our day, such as Old Rugged Cross, Amazing Grace and Nothing But The Blood, they are also sung by some of Christian rocks’ greatest vocalist including Jamie Rowe of GUARDIAN, Mike Lee of BARREN CROSS, Scott Springer of HALO and, of course, John Elefante of KANSAS and MASTEDON. After all, this project was originally released on John and Dino Elefante’s Pakaderm Records so it’s got that Elefante stamp all over it. If you love Mastedon, Kansas, Guardian, Barren Cross or Halo, you are going to love this album.” -Girder Records

TRACK LISTING:
The Old Rugged Cross
He’s Got The Whole World In His Hands
A Mighty Fortress Is Our God
We Need Jesus
Holy, Holy, Holy
Nothing But The Blood Of Jesus
Amazing Grace
Go, Tell It On A Mountain
When We All Get To Heaven
I Have Decided (To Follow Jesus)